You have probably heard the saying:  What holds us back isn’t who we are, but who we think we are. Whether we perceive a situation as “failure” or just “feedback,” “obstacle” or “opportunity,”  “no” or “not yet” depends largely on our beliefs.

Some beliefs give us wings, unleash our creative genius, and help us to dig deep when the going gets tough. Others can be the prison walls of our mind, which keep us locked in our imagined limitations.

Don’t you admire those who exhibit a relentless drive towards reaching their goals and don’t even blink in the face of a setback?

Take Russell Wilson as an example.  Being only 5’11” he was told that he was too small to be a successful player in the National Football League. Yet, he ignored the nay-sayers and continued to focus on pursuing the dream of his life. He became one of the youngest – and shortest– quarterbacks to win the Super Bowl with his team. In interviews, he often credits his positive outlook, daily visualizations, and his unwavering belief that he would be able to achieve greatness as the keys to his success despite his physical limitations.

So if beliefs can make the impossible reachable, why doesn’t everybody use empowering beliefs to leverage success?

On my personal journey and in working with my clients, I found that three common obstacles can make changing limiting beliefs into empowering ones difficult:

We don’t know that we are trapped in a limiting belief.

Beliefs are anchored on the level of the subconscious mind and act as filters that shape and usually distort our sense of reality. For example, if you believe that “you are a loser,” you are more likely to interpret any obstacle in your way as a reason to give up.

Or you may believe that “the world is harsh and unfriendly”; consequently, you take every little criticism as a colossal rejection and ignore those people who love and adore you.

If you have been seeing yourself or the world around you through these limiting filters for quite some time, you may not even realize that you are dealing with a warped perception of reality.

One way of identifying your limiting beliefs is to write down all your negative thoughts over one week. You will notice that most of your thoughts circle around only two or three different topics. Ask yourself what you need to believe about these topics to think so negatively, and you will have identified some of your limiting beliefs.

We don’t know how to choose a new belief

As a belief can shape our reality, it can also become our identity. And when you see yourself as a “loser” or the world as a “harsh and unfriendly place,” it can be challenging to envision a more positive perspective.

If you choose to believe “I am a winner” or “everyone is friendly and kind,” your subconscious mind would probably reject those beliefs as unrealistic fantasies. This is why it can be helpful to gently stretch your belief-system, rather than deflate yourself with too lofty ideas.

So instead of calling yourself a “loser,” you may decide to consider yourself as a “learner” who is eager to grow and empower yourself. And in regards to your relationship to the world around you, how about believing that “you will be a positive and healing force in it”?

The goal here is to expand your perception and stretch yourself out of the familiar comfort zone while feeling motivated and excited to grow into the next bigger version of yourself.

We don’t feed our new beliefs

The greatest obstacle between an idea and its execution is doubt. Although you have decided to focus on a new, more empowering belief, you may doubt the validity of the new belief. At the same time, the familiar, limiting perspective of yourself appears still more realistic.

The best way to alleviate this doubt is to collect supportive evidence showing that you possess the potential and inner resources to truly become the self you envision.

For example, to reinforce the notion of being a “learner” you can write down ten skills you acquired throughout your life, or ten times you have been facing challenges and what you have learned from dealing with them.

In regards to being “a positive force in the world,” you could ask the people that know you and care about you, what they love and appreciate about you. By gathering such supportive evidence, you will gain a broader, kinder, and more complete perspective of yourself and your potential. 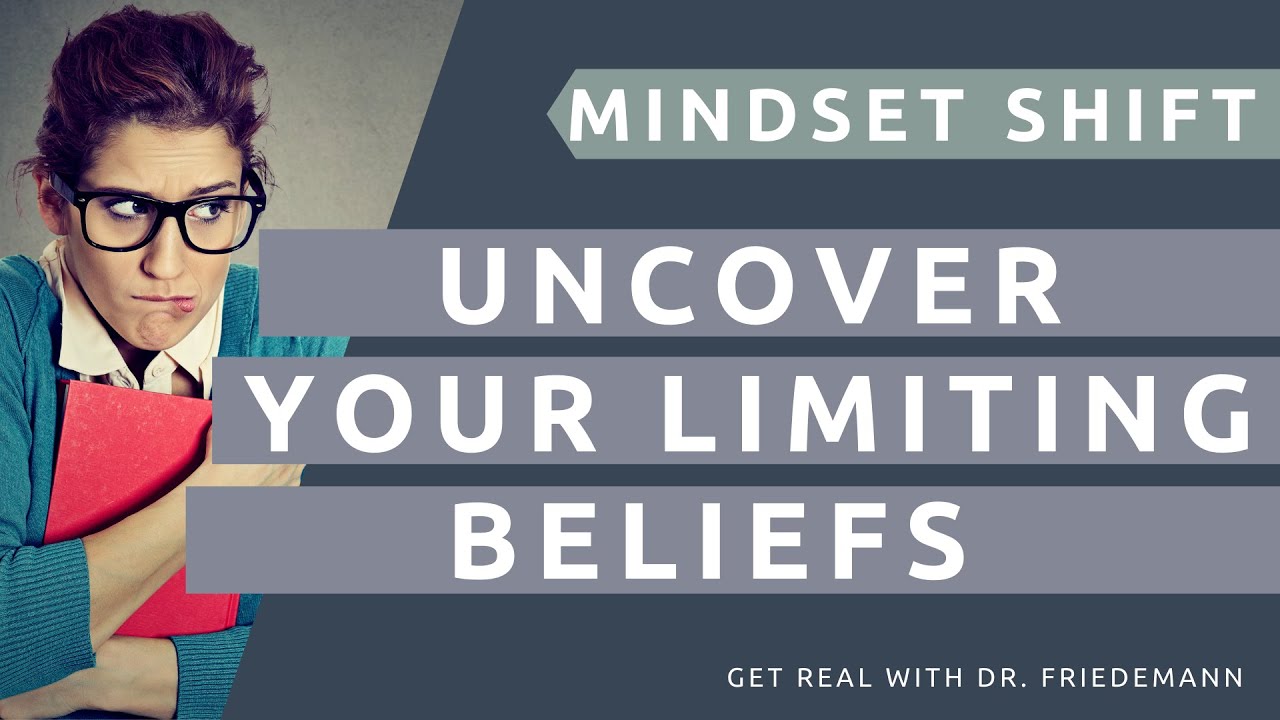 When it comes to changing our limiting beliefs, the most critical step is to accept that nobody but ourselves can hold us back from growing into our empowered selves.

But just by realizing that you have the inner resources to grow into a new and more expanded self, you’ve accepted that nothing but yourself can hold you back from taking the next final transformational step on this journey.

JOIN ME THURSDAY NOV 11th | 9AM PT/12PM ET for more on this topic of limiting beliefs and how we can overcome them.