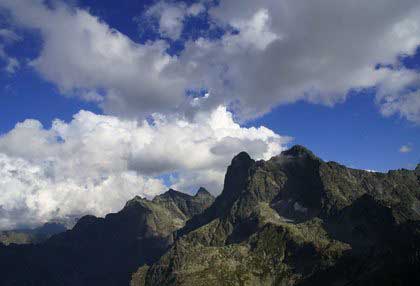 Time Line Therapy™ is a subconscious mind activating technique, which is derived from Neurolinguistic Programming (NLP) and Ericksonian Hypnotherapy. It is used to release negative emotions, such as anger, sadness, fear, guilt and shame and limiting beliefs (for example I am not good enough, I don not deserve) through hypnotic regression and subconscious learning.

Time Line Therapy™ was developed in 1985 by one of the leading experts in the field Dr. Tad James. NLP proposes that the subconscious mind encodes and stores all our memories and experiences. This enables us to keep track of time, even though only a very small fraction of this vast information is in our conscious awareness. The subconscious mind represents the memories in a linear fashion, which is called the Time Line. In a light trance state, a person can identify where their Time Line is by closing their eyes and pointing in the direction of the past and then the future and imagining a line between these two points. About 98% of the population finds the orientation of their Time Line relative to their body either stretching from behind them to in front, or from left to right. The orientation of the Time Line can give the Time Line Therapy™ practitioner valuable information on how the client experiences life and relates to the past and the future.

On the level of the subconscious mind, memories that contain a specific negative emotion or limiting belief, such as I am not good enough are chained together in a sequence of events, called the Gestalt. Rather than focusing on individual events, Time Line Therapy™ releases the entire Gestalt, beginning with the very first event of the problem until the present moment. This allows the individual to completely eliminate negative emotions and limiting beliefs from the subconscious storage, including those which could not be consciously processed. The fact that Time Line Therapy™ does not require the client to remember or relive potentially traumatic events is one the distinguishing aspects of this gentle process. In addition to the release of unwanted emotions, Time Line Therapy™ provides subconscious learnings and deeper understanding of the past, which supports personal growth.

The release of a negative emotion or limiting beliefs with Time Line Therapy™ takes usually from a few minutes to one hour. In order to test the success of the therapy, the client thinks about a specific event that before Time Line Therapy™ used to bring up the negative emotion or belief. Since the basics of this process are relatively easy to learn, the client is empowered by the successful release to work consciously with the subconscious mind and utilize this technique by themselves in the future. Time Line Therapy™ has been proven to be highly effective in treatment of depression, anxiety and post-traumatic stress disorder, as well chronic physical conditions, that involve emotional and psychological components. In addition, people who suffer from low self-esteem or feel stuck in their lives can benefit greatly from this process.