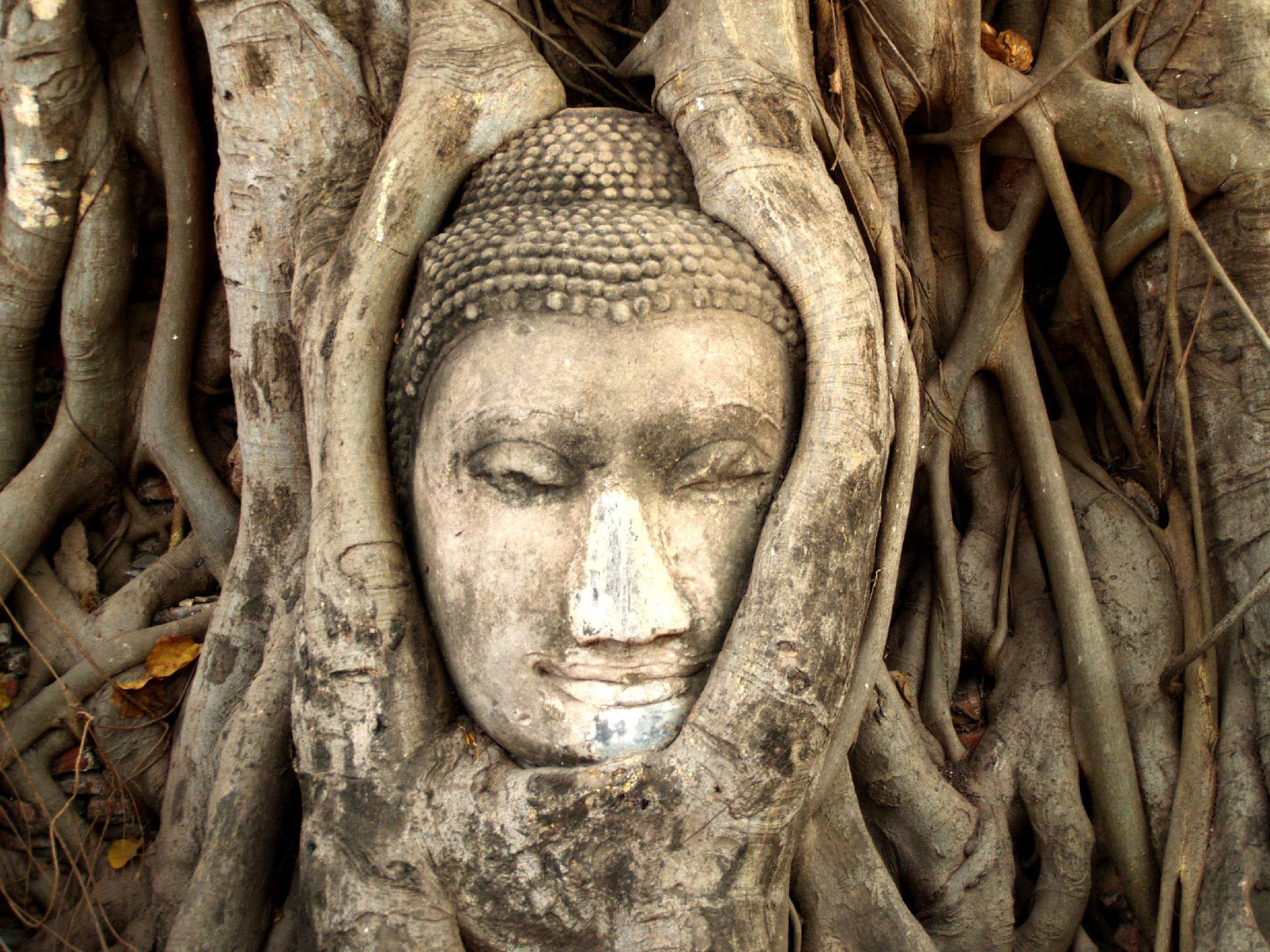 Whether you feel always occupied and busy, constantly pressured and on the run, whether the mountain of to-dos seem insurmountable, or whether you have a sense of isolation and loneliness, stress and anxiety are probably your daily copilots as you navigate through life. But you are not alone. Anxiety and depression are the epidemic of the 21st century and many people are searching for ways to heal themselves and create a greater of calmness and centeredness. In this regard, Buddhism and its meditative practices have become increasingly popular. A series of studies have confirmed that meditation and, in particular, mindfulness mediation, which has its origins in Buddhism, are effective methods to alleviate stress, anxiety and depression.

However, according to my special guest on this upcoming episode of Empowerment Radio, Dr. Pilar Jennings, who is a psychoanalyst and practicing Buddhist, there are potential psychological pitfalls that come with solely focusing on this practice.

The primary pitfall of practicing Buddhism as a Westerner, I believe, is using one’s practice to avoid strong emotions. It’s almost become a cultural joke – the Western spiritualist, with a constant smile, who seems to deny the reality of anger, and whose aggression tends to come out passively. The teaching of mindfulness can unconsciously get translated into a wish to sit lofty above the muck and mire of strong feeling, because feelings can be embarrassing and a real assault to our spiritual personas. In this way, Buddhism can become a place of hiding the truth of our minds rather than really getting to know our minds, as is intended.  Some of the core teachings—no self, emptiness—etc., can similarly be used to bypass the mess of relationship by appropriating these teachings as fuel for isolation or generally disconnected behavior.  I have heard of more than one story of such and such a family member who is a long-term Buddhist, has received many high teachings from great teachers, and is generally a pain in the neck to deal with—they’re arrogant, and almost slightly autistic, and they don’t even know it.

In Western Buddhism, there’s a history that goes back many decades of lifting Buddhism from its historical origins. And doing so has been helpful to many people who come to Buddhism after negative experiences with formal religion. The down side, I believe, to this Westernized version of Buddhism, is that it can dilute the real fruits of a traditional, religious Buddhism.  In the Mahayana traditions, the teachings are offered through rituals and devotional relationships that are a direct challenge to our Western emphasis on individuality, and living as a discrete being with ultimate power to control ourselves and our lives.  Generally speaking, we don’t like the notion of deference. We’re enculturated to be ambitious, self-directed, and independent. The rituals and focus of religious Buddhism, in contrast, is primarily on cultivating a core and unwavering sense of dependency – on all beings. I think religious Buddhism offers a remarkable challenge to Western practitioners that is potentially sacrificed when Buddhism is stripped of its original methods and made perhaps, too malleable for the contemporary practitioner.

It’s not uncommon for serious meditators, particularly for people practicing in places like NYC where they are aware of psychotherapy, to suggest that they don’t need therapy because they have their spiritual practice.  And for some, this may be true. But these statements often indicate an assumption that one’s spiritual practice necessarily addresses the same issues/dynamics that are explored in therapy. There’s a great deal of synergy between the traditions, but their tools and primary objectives are radically different.  Buddhist practice is not a system designed to explore our early childhood experience, the particular nuances of our family system, or our sexual behavior.  It can shed tremendous insight into our relationship and our struggles with addiction, etc.  But it has no early childhood doctrine, nor is it intended to be a system focused on the particularities of the individual, his/her social location, her psychological constitution.  Psychotherapy, in contrast, goes in close and seeks to explore the individual experience, how a particular patient has been influenced by particular caretakers with very specific histories and attributes.  In this way, it seeks to build up a client’s ego, their sense of self, their subjectivity. Buddhism, in contrast, challenges our ego position, and tries to cultivate a deeper sense of inter-being, of sharing the same basic human markers as all others. This is just one example of many in how the traditions differ.

For many people who practice Buddhism and seek a form of therapy, there is a truly winning combination of building up our sense of self, of developing more self-confidence through therapy, while simultaneously softening our grip on a particular identity or an inflated ego position through our Buddhist practice. This is only one example, but I think it speaks to how these traditions can help each other. Buddhism is such a powerful tradition and practice that helps people understand why we struggle with ourselves so much, why we so often feel that we’re lacking something we should have or be. It really gets to the core of our chronic fears of being too insubstantial.

At the same time, we do need a conventional self in order to negotiate our lives skillfully. It’s helpful to have some ego strength, to feel that we’re deserving of a meaningful professional life, that we have enough confidence to seek experiences – even spiritual experience – and relationships that are fulfilling. Without this ego strength, which is largely the domain of psychotherapy, it can be difficult to ask for help, and to seek friendships and professional opportunities. So I think for many of us American Buddhists, it’s useful to have a practice that helps us feel less tethered to our conventional identities, with all the anxiety associated with these identities—whether it’s being a great writer, lover, or mother—while also understanding the ways in which these identities can have real meaning and offer fulfillment.

Pilar Jennings, PhD, is a psychoanalyst in private practice with a focus on the clinical applications of Buddhist meditation.  She has been working with patients and their families through the Harlem Family Institute since 2004. A visiting lecturer at Union Theological Seminary, and a guest lecturer at Columbia University, she is also the author of Mixing Minds: The Power of Relationship in Psychoanalysis and Buddhism and To Heal a Wounded Heart. Join me and Dr. Jennings on Empowerment Radio to learn more about the transformative power of Buddhism and psychotherapy in action.

1 thought on “Can Mindfulness Replace Psychotherapy?”