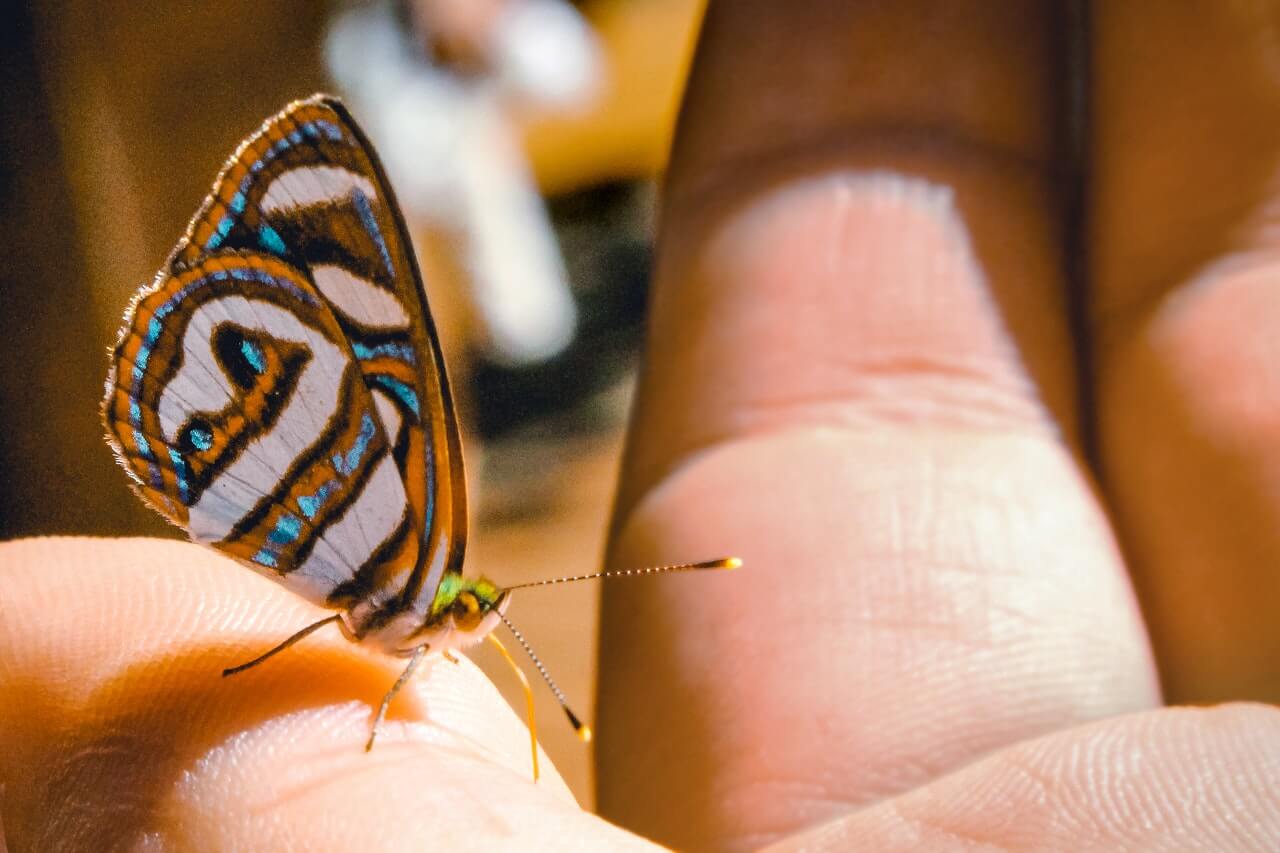 Do you ever wonder about the meaning of your life and what you are here for? Most of us don’t take the time to contemplate such philosophical head-scratchers – until we are forced to.

Last week I woke up at 2 am with horrible pain in my upper abdomen and my back. My first instinct was that I could have a heart attack. But this was as far as I could go with diagnosing myself. The pain was just too severe. Barely able to speak, I woke up Danielle to drive me to the ER. Thank God there was nobody else so I got immediately ushered into a treatment room.

Lying there, relieved that the pain medication started to kick in, I wondered whether this was literally a wake-up call of my mind, body, and spirit, for me to evaluate the meaning of my life, my purpose and whether I am living in alignment with it. Questions such as “Can I be more present and appreciate my life?”, “Am I over-giving, overdoing, and not paying enough attention to myself?” and “If I were to die today, what would I regret?” flowed through my mind. I can’t say that I received clear answers, but I certainly woke up to the fact that my life and health are gifts that I had been recently too busy to appreciate enough.

Well, I am still here. It turned out that my gallbladder was releasing a micro-stone, which then got stuck in its duct and caused a painful inflammation. Gallbladder issues run in my family. I am sure that my system was also giving me a knock over my head to make me notice that lately, I hadn’t been taking care of myself as much as I should. Yes, I am meditating daily, work out regularly and I am since several years vegetarian. But I still need to make some additional lifestyle changes, such as pushing less, slowing down more, and switching from a vegetarian to a mainly vegan diet. And I will continue to contemplate my ER questions as important reminders that life is a precious journey that needs to be mindfully cherished every day.

Fittingly, my guest this week on my Get Real podcast has written two books on consciousness and the meaning of life. Mark Gober is an author whose worldview was turned upside down in late 2016 when he was exposed to world-changing science. After researching extensively, he wrote An End to Upside Down Thinking  and later on An End to Upside Down Living to introduce the general public to these cutting-edge ideas – all in an effort to encourage a much-needed global shift in scientific and existential thinking. 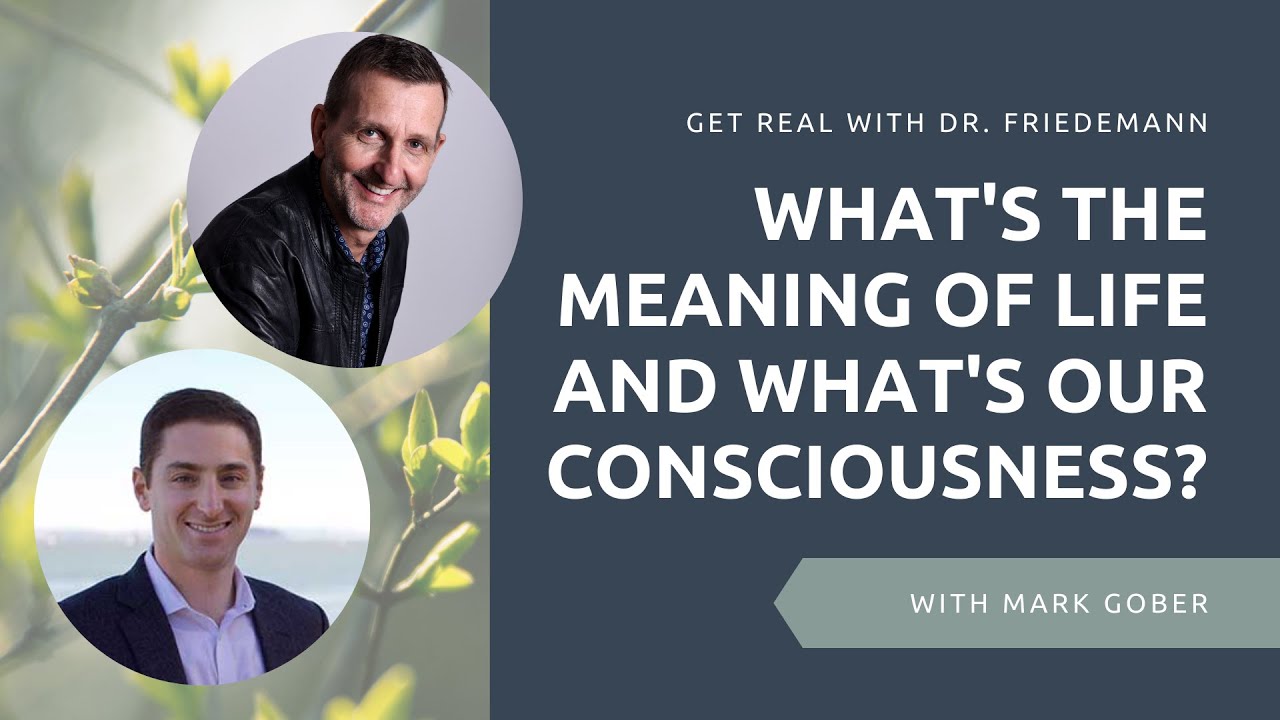 Here is in an excerpt from An End to Upside Down Living:

“Consciousness exists beyond space and time as the basis of all reality. Nothing “caused” it to exist; it simply is without something causing it to be (as counterintuitive as that sounds). Notions of “linear time” and “causality” are merely illusions and human constructs. So the notion that something would have needed to cause consciousness is an artifact of the mind’s limited capacity to understand reality.

“I argue that the brain acts more like a filtering mechanism that restricts, limits, and processes a consciousness that exists independently of the body. Consciousness doesn’t need a brain to be conscious. Rather, the brain gets in the way like a blindfold; it is the lens that governs the type of consciousness we experience. So when we get the brain out of the way, we can experience an enriched consciousness-one that has always been always there, but which our brain blocks us from experiencing fully. If we accept that the brain does not produce consciousness and instead limits it, then we have to wonder where consciousness comes from. The view I’m most drawn to is how Nobel Prize-winning physicist Max Planck stated it in 1931: “I regard consciousness as fundamental. I regard matter as derivative from consciousness. We cannot get behind consciousness.”

“In Kastrup’s excellent Scientific American article “Transcending the Brain” (2017) he offered a metaphor to explain the basic idea further. He said that we can imagine that all reality is one universal consciousness represented by a stream of water. Within the stream, whirlpools form. Each whirlpool has a sense of individuality, but they’re interconnected as part of the same stream. Using another one of Kastrup’s analogies, it’s as if the stream of consciousness- we’ll call it the “One Mind”-has dissociative identity disorder. Each of us is an individual “alter” of the whole. So, the reason the hard problem of consciousness hasn’t been solved is that it’s posing the wrong question. It’s asking how a brain can make consciousness… when the brain doesn’t make consciousness in the first place! No wonder Science magazine’s #2 question has gone unanswered. And incidentally, this consciousness-centric view of reality answers Science magazine’s #1 question in all of science: “What is the universe made of ?” The answer, according to this framework: consciousness. Back to whirlpools. Imagine that I’m one whirlpool and you’re another. If some of the water escapes my whirlpool and enters yours, it’s akin to saying that some of my consciousness enters yours. In other words, it’s a telepathic or psychic occurrence. So this model predicts that psychic phenomena would be real. Furthermore, if a whirlpool delocalizes, the water flows back into the broader stream. But it doesn’t leave the stream. The water simply changes form. Analogously, when the physical body dies, consciousness doesn’t die but instead transitions into a new form. This model of consciousness would predict that consciousness survives bodily death (that is, when our body dies, our consciousness continues).

“Psychic phenomena and survival of bodily death are rejected by physicalist science and are often scorned as “paranormal.” The word paranormal itself is problematic because it assumes that we know what “normal” is. It’s conceivable that what we consider to be paranormal or impossible today only seems that way because of our primitive understanding of reality. After all, wireless cellphone technology would have seemed paranormal to people two thousand years ago.”

Join Mark and I this Thursday, June 17th at 9AM PT / Noon ET for a fascinating conversation on how his model of consciousness can give you answers to the meaning of your life.

2 thoughts on “What’s the meaning of life and what’s consciousness?”