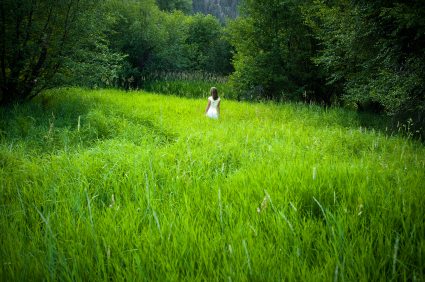 Using Time Line Therapy® ™ in a medical practice
by Eric B. Robins, MD

The following article is reprinted from the Journal of the Time Line Therapy® Association (TLTA) with permission of Dr. Robins and the TLTA.

My name is Eric B. Robins, MD. I am a urologist with a large HMO in Los Angeles. I did my medical school training at Baylor College of Medicine in Houston and then completed six years of residency at the University of Southern California/Los Angeles County Medical Center. I have had a long-standing interest in how the mind affects the body and have found Tad James’ work extremely useful in helping me to form some understanding of the processes which are happening. Not only have I gained a greater understanding of these processes, but with Time Line Therapy® (R) there is a tremendous opportunity to intervene.

Let me explain to you in the way I frequently tell my patients. Keep in mind that my patients are coming to me because they have real physical complaints and they want real physical solutions. Often patients come to me with somatic complaints, like pelvic pain, urinary frequency and urgency, impotence. I will usually perform a standard workup to make sure that I am not missing a serious problem like a cancer, or an infection or a serious neurologic ailment. Once the tests come back negative, I will have the following dialogue with my patients. Keep in mind that I need to be very careful with my wording so as to not anger or offend these patients (after all, they are coming to see a urologist, not a psychiatrist). I usually say to them, “negative emotions and stress are stored in the body, and you know this because you can’t feel negative emotions or stress without feeling them as tensions in the body. after all, people don’t say “I think anger”, they say “I feel angry, or I feel depressed.” Usually after I say this, people have to go inside themselves to verify that what I’m saying is true.

Next, I say, “because negative emotions are stored as tensions in the body they create real physical changes. These tensions seem to block the body’s natural flow of healing energy. I usually do not go into depth about this although I could talk to them about the work of Dr. Paul Goodwin at Alaska Pacific University who has shown that negative emotions and unconscious parts, where they are stored in the body, create functional boundaries in the nervous system (i.e. the body’s own natural healing energy cannot flow to that part of the body). I go on to explain that one way in which negative emotions and stress can really affect the physical body is by causing tension in the smooth muscle. Smooth muscle is muscle which is normally controlled automatically by the body without our being consciously aware of it.

A large number of gynecological complaints are related to hyperactivity of the smooth muscle of the uterus and fallopian tubes (the uterus is made up primarily of smooth muscle), which may cause pelvic pain. Frequently a search for the etiology of this pain comes up with the misplaced diagnosis of endometriosis or ovarian cysts (I say misplaced because a large percentage of normal, asymptomatic women also have endometriosis or ovarian cysts). I have another belief, which is that most people are aware of subtle changes in the function and energy flow in their bodies. The problem is that they don’t know that they know. For example, since negative emotions and stress, where they are stored in the body create blockage of the body’s own energy, people get functional problems. This means that people have the feeling that something isn’t functioning right, however when doctors do various tests we usually do not find any structural abnormality.

For example, a woman might come to me and tell me that she has to urinate every 15 minutes, yet when I look into her bladder with a cystoscope, everything inside looks normal, and the bladder can hold a normal amount of urine, but this patient is having real physical symptoms. To these patients I suggest that they may be storing stress in their pelvises, and that this stress is creating changes in the function of their bladders even thought I can’t find anything physically (anatomically) wrong.  What I never do is tell people that something is in their heads. This is the quickest way to lose rapport, and yet I see patients all the time who have been told this by other physicians.

What is so revolutionary about Time Line Therapy® ™ is that when it is successful, negative emotions are cleared out of the body. What this means is that the functional boundaries in the nervous system are cleared out, so that the body can begin to heal itself like it is supposed to in the first place. When therapy is completed, patients cannot “feel” the negative emotion in their bodies. What has fascinated me about Time Line Therapy® ™ is that if there negative emotions were creating a functional boundary in the nervous system, then if they are cleared out once and for all, then the person should have changes in their physical health (you can also calibrate a physiologic shift in the way they look, sound, breathe, etc.). This has been the exact focus of my work for the past three years, to see if physical changes (improvement in health) can be established in this manner. My results have been very encouraging, and I will next give a case report, along with some important distinctions that I have made along the way using this stuff in a medical context.

J.L. is a 37 year old male who was referred to me with a 17 year history of chronic prostatitis. For much of this time he had been taking various antibiotics, and these had created havoc with his stomach. Chronic prostatitis is an inflammation of the prostate gland; it causes symptoms such as lower abdominal and testicular pain, urinary frequency and urgency, and occasionally burning during urination. What is interesting about chronic prostatitis is that 92% of the time, there is not an associated infection; i.e., the prostate is inflamed and malfunctioning and we don’t know why. When I first spoke to this patient I told him that frequently negative emotions can be stored in the body and cause real physical changes such as those he had. He mentioned that he had a tremendous amount of anger directed toward his mother who was very abusive when he was growing up. As with many responsible people in society, the options for dealing with anger are either to go around punching people out all day, or holding it inside. He did the latter. After one 2 hour session of Time Line Therapy® ™, we had succeeded in clearing out all of his anger. At a 4 month follow-up, he remained symptom-free. I would like to diverge for a moment to discuss a technique that I use which has been helpful in getting patients to decide to let go of negative emotions.

In the context in which I see patients, they frequently are not aware that they have negative emotions. It’s not like being a psychiatrist where patients come in with the full knowledge that something is emotionally wrong. In my field, not only do I need to convince patients that their problems are real physical changes resulting from negative emotions, but then I need to get them to the place where they are willing to let go of them.

Usually when a patient has a negative emotion like anger towards someone who had done them wrong, I will question them in the following way. I’ll say, “is the anger which YOU have stored in YOUR BODY affecting the person who hurt you?, is YOUR anger helping to improve your health?, is YOUR anger helping your relationship with your spouse or kids?, is it helping your performance at work?” It is usually possible to get someone so worked up that they readily will release the negative emotion during Time Line Therapy® . Note also that the above languaging strongly puts the patient at cause. This is extremely important. The way that I can love my patients the most is by gently but persistently putting them at cause. Anytime patients try to blame something outside themselves for their disease, they are less empowered to heal themselves.

I frequently will refer patients to any of the books written by Dr. Bernie Siegel. As you may know, Bernie is a cancer surgeon from Yale with 30 years of experience. He noticed that certain groups of cancer patients did much better than others as far as long-term survival or ability to tolerate chemotherapy or radiation therapy, or even as far as achieving a spontaneous remission. He basically modeled these “exceptional” cancer patients to find out what they did differently from other patients. What he found is that cancer frequently develops as the result of a psychological or spiritual conflict in someone’s life. Those patients who were willing to look at cancer as a metaphor for this and then take action were the ones who frequently did better.

One thing which I always find interesting is the term, “we are going to FIGHT this cancer.” This statement is ridiculous. Cancer is part of people. It is a SYMPTOM of something in their lives which needs to be fixed, not fought. If you have ever tried to work with an unconscious part in order to facilitate long-term change, then you know that it is only by working with the part, and by taking into account the part’s higher level intention (or message) that congruent and long-term change is established. Yet with cancer, we are fighting rather than listening. The success rates in treating the big four cancers (breast, colon, lung and prostate) are dismal. It is obvious that we are looking in the wrong direction for treatment. Instead of destroying the immune system with harsh chemicals, we need to be working with the body. If Bernie Siegel had someone in his ranks who could help cancer patients identify internal conflicts, limiting beliefs, and negative emotions (with the speed and directness of an NLP/Time Line Therapy® practitioner) and clear these out with Time Line Therapy® ™ techniques, the results could be phenomenal. Cancer patients unfortunately don’t have seven years to lie on a therapist’s couch!