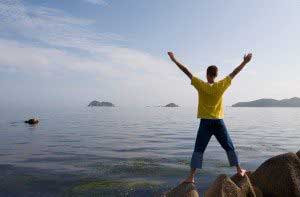 As a physician, I often felt that patients gave up faith in their self-healing abilities, completely surrendering and trusting in the abilities and wisdom of the doctors. Many young physicians are not prepared for this and don’t know how to deal with the power that is handed to them by their patients. The movie, The Doctor, should be a requirement for medical students.

William Hurt plays a doctor who realizes how little he knows about healthcare when he himself is diagnosed with throat cancer. As a doctor he was mighty and all knowing, but as a patient, he has to endure being treated as a helpless kid, without regard for his feelings and his dignity.

Unfortunately, this is not only a Hollywood story; I am sure that many of you have had or are having similar experiences. Doctors and health care providers aren’t the only culprits. Family and friends can also be the source of “gloom and doom” messages. A colleague of mine told me the story of a woman who was diagnosed with breast cancer. During their first session, she was feeling more and more encouraged and determined to focus on her healing and get well again. As soon as she came home and told her family that she would heal, they warned her not get her hopes up, that she’d heard the diagnosis and should know that there was not much that could be done. A few weeks later she died.