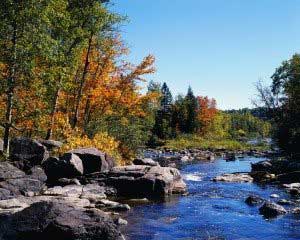 Getting Rid of the Negative Emotions: Now, other than disease, why get rid of negative emotions which are trapped in one’s body? Well, for example, imagine a salesperson, (s)he has a dream, (s)he’s well trained, knows how to sell, and (s)he wants to make more money. But every time (s)he goes to close the sale, fear comes up. That salesperson is not going to do his or her best. Certainly, the closing ratio will not be as high as it could be without the fear.
Now imagine that same salesperson without the fear. Which one do you think will do better? Of course, the second one.
Or in a relationship, perhaps you once got hurt, and so you said, “I’m never going to let that happen to me again.” So every time you get to a certain point in the relationship you begin to feel those old negative feelings, and so you end the relationship. More importantly, each relationship ends in exactly the same way each time. You may not even remember the source of the negative feelings, but at a certain point there they are, and the relationship ends.
Now imagine being without those negative emotions, do you think that it would improve the relationship? Of course.
Obviously, the creation of disease requires more trapped negative emotions than those in the situations we’ve just discussed. However, the process is the same–the unconscious mind represses (to whatever extent it needs to) memories with unresolved negative emotions. It does this for the “sanity” of the conscious mind. Since the unconscious mind does repress the memories with the negative emotions in them, the emotions get stuck in the body and aren’t released.