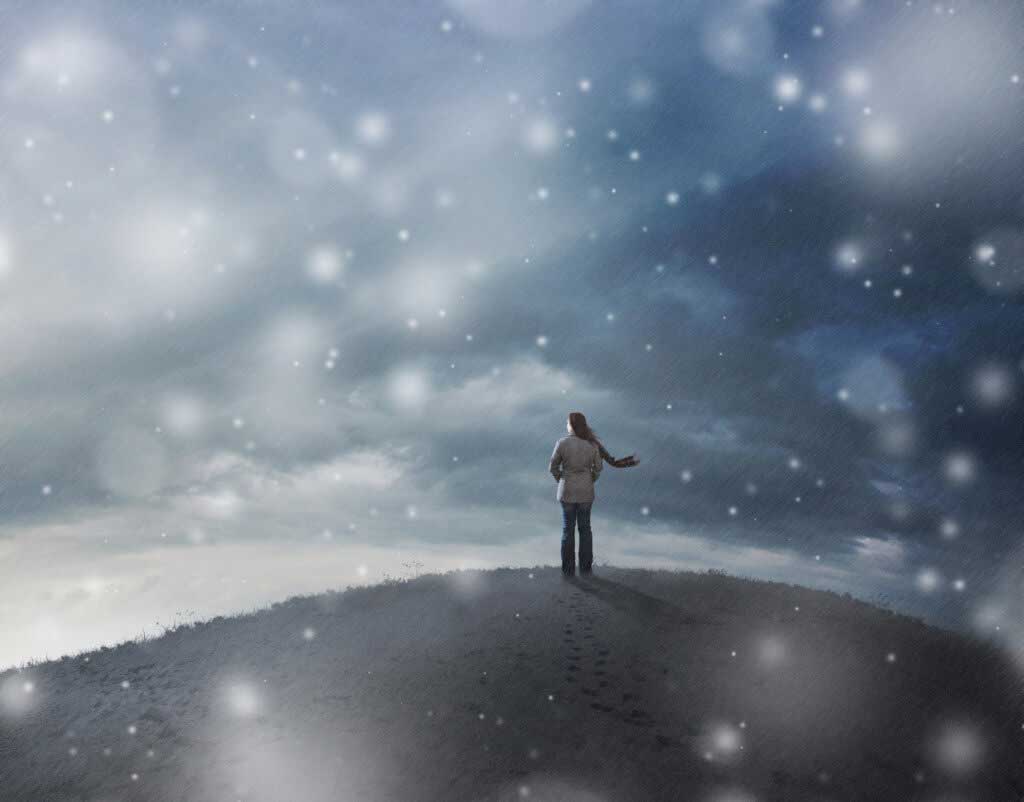 Have you ever had experiences, which were so strange and unbelievable, that you wondered whether you are going nuts – or had some sort of metaphysical encounter? A client of mine, told me a story about one of those events, which made her a stronger believer in the great beyond.  A few years ago, while sitting in church listening to Sunday’s service, she all of the sudden felt strongly her mother’s presence, who had passed away many years ago, when she was still a little girl. The sensation was so powerful, that she no longer could follow the sermon. All she could think about was, how much she still missed her mom and how much she enjoyed feeling so closely connected to her in that moment. When church was over and she was about to leave filled with mixed emotions, an elderly woman, who had been sitting in the pew behind her, grabbed her arm and said: “This is a strange thing for me to say, but I wanted to let you know that I believe that your mother was with us today during the service.” You can imagine how flabbergasted and at the same time grateful my client was to hear the woman confirm what she had sensed so strongly. A sensation, she would have usually just brushed off as a resurgence of old grief, suddenly became much more meaningful to her.

Even though I grew up believing in a higher power, as a physician and a researcher I was trained to rely more on hard facts and provable science, than on metaphysics and the world of the unseen. However, on my personal journey and through my work with clients all over the world, I came across so many rationally unexplainable instances and reports, that there is no doubt in my mind, that when it comes to our understanding of the forces of the Universe, we are just scratching the surface. Or as Albert Einstein said: “Everyone who is seriously involved in the pursuit of science becomes convinced that a spirit is manifest in the laws of the Universe-a spirit vastly superior to that of man, and one in the face of which we with our modest powers must feel humble.”

My guest this week on Empowerment Radio had her fair share of unexplainable encounters. Dr. Edwige’s spiritual journey began at the early age of 12, when she was often visited by what she refers to as “benevolent beings of light.” During her nightly adventures they took her flying among the stars, landing on a bridge and diving into the depths of the ocean. Given her many nocturnal experiences with sudden energy downloads, light-being visitations and telepathic wisdom being imparted, she knew that they were all preparing her for her purpose to be a healer, teacher and light-body mentor.

Tune in while I speak with Dr. Edwige on Empowerment Radio as we will touch on a wide variety of subjects such as awakening, soul retrieval, clearing energy, astral travel and grounding, past-life regression, heart-opening exercises, visualization, intentional manifesting and spiritual empowerment. You can also watch the replay on my YouTube channel.