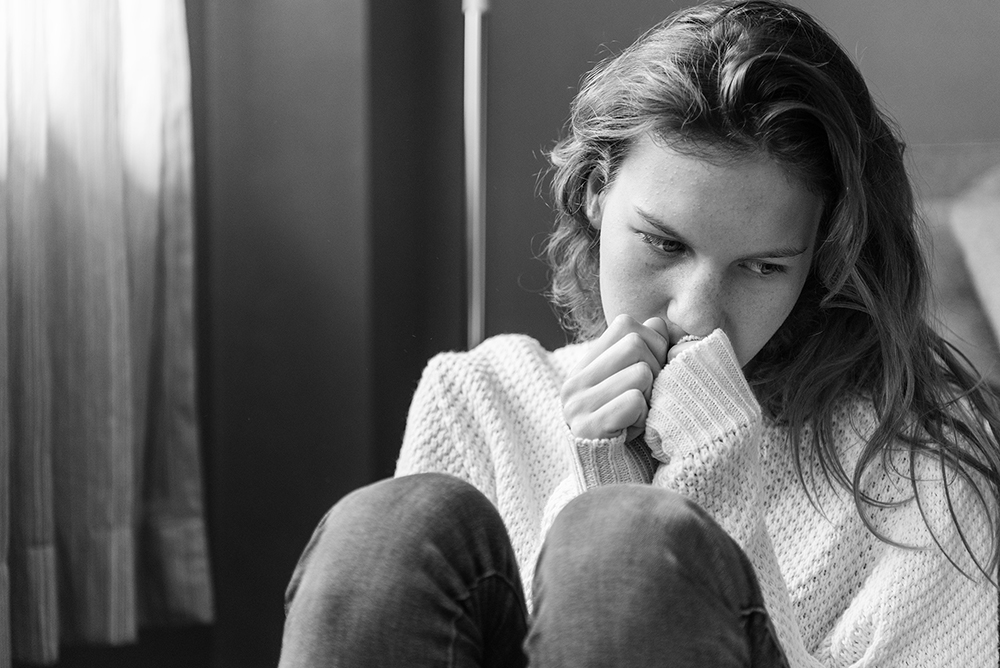 The number of people struggling with anxiety disorders has dramatically increased in the last few decades. According to the National Institute of Mental Health, about 20 percent of American adults eighteen years and older are diagnosed with anxiety disorder, which translates to more than 50 million adults. The actual number is probably even higher than that, considering that people, who struggle with anxiety, feel often too powerless, overwhelmed or embarrassed to seek professional help. With greater awareness of the debilitating nature of anxiety disorders a variety of effective treatment forms have been developed in the last decades. Understanding some important facts about anxiety is the first step to demystifying these emotions and regaining control.

Anxiety is a natural emotion, which most people experience at different times in their lives. It is normal to feel anxious or stressed before taking an exam, going on a first date, giving a talk or dealing with challenges at home or at work. Anxiety is primarily perceived as an unpleasant internal sensation; your heart beats faster, your breath shortens, your muscles tighten, your hands sweat, your mouth is dry, the hairs on your body may stand up, and you may feel nauseous and start shaking from head to toe.

The resourceful and adaptive aspect of anxiety is to keep you safe, by placing you on alert, causing you to notice and anticipate danger and either take precautions or appropriately address the situation. A low-grade anxiety can keep you on your toes and prevent you from putting yourself into situations that could potentially harm you. A slightly more intense form of anxiety mobilizes additional energy and resources, so that you are mentally and physically ready to either fight or run from the perceived source of danger.

What are the most common anxiety disorders?

People who struggle with panic disorder experience repeated anxiety attacks, which can last for several minutes. A panic attack can cause strong physical symptoms, such as shortness of breath, heart pounding and even chest pain, which is why many initially interpret these physical sensations as having a heart attack. Since the intense anxiety appears so sudden and without any obvious triggers, people tend to worry about when the next attack will occur. For some the fear of a future panic attack even limits their ability to function normally. They avoid normal activities such as driving or going to the grocery store out of the fear to have to go through another embarrassing episode in public.

A phobia is a strong fear of a specific object or situation, which in reality poses very little or no danger. When a phobia is triggered, a person experiences intense avoidance anxiety. Common phobias include the fear of snakes, spiders, needles, flying, heights, open-spaces, small spaces, flying and driving. Most phobias are developed during childhood in response to traumatic experiences.

This form of anxiety involves an extreme and unreasonable fear of social situations, such as speaking, eating or working in front of others, interacting with people at a social gatherings or using public restrooms. People with social anxiety are worried about being judged, criticized and rejected. They are excessively concerned to make a mistake, to look foolish and to be ridiculed and humiliated by others. As a result social situations become very stressful or are avoided all together. Social anxiety is often rooted in limiting beliefs such as “not being good enough” or “not fitting in.”

People with generalized anxiety disorder (GAD) describe an almost constant sense of tension and worry, although they consciously know, that rationally there is nothing to be afraid of. They often experience life as unsafe and overwhelming and themselves as small and powerless. GAD is frequently associated with insomnia and physical symptoms, including low energy, muscle pains, problems swallowing, hot flashes and frequent urination.

PTSD is a form of anxiety, which develops after a traumatic, often life-threatening event. PTSD can occur in people, who went through a distressing experience themselves, but also in those, who just witnessed it or came later, for example, as members of the emergency response team.  PTSD symptoms start usually within the first three months following the traumatic event. People relive the terrifying ordeal through flashbacks, hallucinations and nightmares. They tend to avoid situations that remind them of the trauma and often become increasingly stressed, tense and reactionary. Besides intense anxiety, PTSD can lead to anger outbursts and rage, severe guilt and shame as well as self-destructive behavior.

Although anxiety can make you feel helpless and debilitated, it is neither a flaw nor a weakness and therefore nothing to feel embarrassed about. If you feel that the intensity and frequency of your anxiety diminishes your quality of life, ask your doctor, which of the proven treatment methods may be right for you.

What is Generalized anxiety disorder?
http://www.adaa.org/understanding-anxiety/generalized-anxiety-disorder-gad

What is Panic Disorder?
http://www.nimh.nih.gov/health/topics/panic-disorder/index.shtml